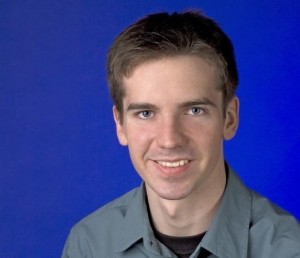 Brendan V. Ryan grew up in Needham, MA, and began studying flute at age 8.  He studied with Judy Grant for 5 years, from age 13 to 18.  Brendan went on to study flute performance at the University of Southern California’s Thornton School of Music, with Professor James Walker.  He is currently in graduate studies with Professor Marianne Gedigian at the University of Texas Butler School of Music.

While a student with Ms. Grant, Mr. Ryan won positions with both of Boston’s leading youth orchestras.  From 2005-2008, he was a member of the Boston Youth Symphony Orchestra, conducted by Federico Cortese.  He was BYS principal flute for the 2006-07 Season and for the 50th Anniversary 2007–08 Season.  Mr. Ryan participated in two international BYSO concert tours that went to Spain, Portugal, the Czech Republic and Germany.  He was also a member of NEC’s Youth Philharmonic Orchestra from 2005–2007, participating in the orchestra’s 2007 China Tour with conductor Benjamin Zander.

As a concerto soloist, Mr. Ryan has appeared on the Jordan Hall stage numerous times.  In 2007, he performed Bach’s Suite No. 2 in B Minor with the New England String Ensemble under the baton of Federico Cortese, as NESE’s Flute Concerto Competition winner.  He has also performed in Jordan Hall as soloist on Mozart’s Flute and Harp Concerto and Telemann’s Suite in A Minor.

Mr. Ryan would like to thank Ms. Grant for the immense influence she has had on his musicianship, work ethic, and life.