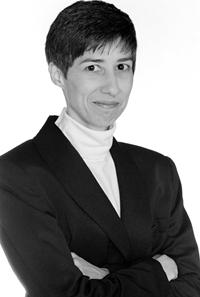 Deborah DeWolf Emery began studying piano when she was five years old and performed in her first piano competition in Chicago at the age of eight.  By the time she entered the Oberlin College Conservatory of Music, she had won top prizes in piano competitions sponsored by the Music Teachers’ National Association, the Federated Music Clubs, the Women’s Association of the Minnesota Symphony, the National Guild of Piano Teachers, the American College of Musicians and many others.

While at Oberlin, where she received a Bachelor of Music degree with honors in piano performance, she discovered the joys of chamber music.  She has had the pleasure of performing all over the world in collaboration with a long list of musicians drawn from major orchestras, chamber groups, and music schools, as well as notable soloists.  As one of the pianists with the Boston Symphony Orchestra, she has worked with eminent conductors such as James Levine, Bernard Haitink, Seiji Ozawa, and Sir Simon Rattle, and with composers such as Luciano Berio, John Cage, Witold Lutoslawski, and John Williams.  She has performed in the major halls of Europe, South America, Japan and Hong Kong.

Ms. Emery has recorded with the Hawthorne String Quartet and with BSO principal players Charles Schlueter, trumpet, Edwin Barker, doublebass, and Douglas Yeo, bass trombone.  She has also participated in several recordings with the BSO and Boston Pops.  She studied piano with John Perry and Jack Radunsky at Oberlin, and with Andre Watts at Tanglewood.