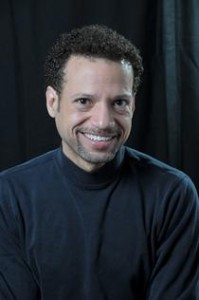 David B. Houston is an active teacher and performer in the greater Boston area.   We thank David Houston for all his contributions to the Boston Flute Academy over the years.  Although he is no longer on the BFA faculty, we keep his page here to encourage all flutists in the Boston Metro-West area to consider studying with Mr Houston at the Metro-West Performing Arts Center or through his private studio in Framingham, MA.

Mr. Houston has been a featured performer on WQXR radio’s McGraw Hills Young Artist Showcase and was first runner‐up in the 1992 Myrna Brown Flute Competition in Arlington, TX.  He has been a member of The Queens Philharmonic Orchestra, The Owensboro Symphony Orchestra, and Orquesta Sinfónica de Tenerife, Spain.  He has been performed in chamber music performances at Barge Music Ltd. in Brooklyn, NY, and a featured soloist at The National Flute Association conventions.  Mr. Houston has also been a member of Atlantic Chamber Music of NYC, Saint Adelbert’s Chamber Ensemble of NYC, and Riverview Chamber Players of Boston, Nuage Chamber Players of Boston and was a performing co‐founder of A Flute Soireé of NYC.

A native of New York City, Mr. Houston is a graduate of the High School of Music and Art.  He then received a Bachelor of Fine Arts degree in flute performance from the State University of New York at Purchase and a Master of Music degree in flute performance from Indiana University at Bloomington, where he was an Associate Instructor of Flute.  His primary teachers include, Harold Bennett, Nadine Asin, Judith Mendenhall, Carol Wincenc, and Peter Lloyd.

Mr. Houston was a Doctor of Musical Arts candidate at Indiana University when he accepted the position of Marketing Director for Verne Q. Powell Flutes, Inc. in 1990.  There he also learned flute finishing and was a headjoint tester.  He was Director of Customer Service when he left Powell Flutes in 1998 to work for Brannen Brothers Flute Makers, Inc.  He remained there until 2007, when he was asked to return to Powell Flutes as Director of Quality.  During his 20 year tenure at Powell and Brannen, Mr. Houston was directly involved in and responsible for many various facets of flute, piccolo and headjoint design and construction.  In 2010 he left Powell to return to and pursue his first love of teaching and performing by starting a private flute studio for students of all levels.

Mr. Houston joined the flute faculty at Boston Flute Academy in January 2011.  He has also coached flute sectionals at the Boston Youth Symphony Orchestras, and has served on the preliminary and final judging panels for the James Pappoutsakis Annual Memorial Competition.  During the 2012-2013 season Mr. Houston was appointed Executive Director of the Marcel Moyse Society.  He continues to be invited as a guest speaker, recitalist and masterclass presenter at several US colleges, universities and music schools.

Fully immersed in the flute community, Mr. Houston enjoys dividing his time between teaching, performing and flute making.  In 2012 he collaborated with flutemaker, colleague and longtime friend, Lev Levit, to produce the exclusively handcrafted Levit Flutes.

In addition to his extensive musical training, Mr. Houston has a background in acting and improv theatre.  Having completed classes in acting for film and TV at C.P. Casting in Boston and theatre improv levels I‐V at ImprovBoston, Mr. Houston adapts and incorporates these methods into techniques appropriate for musical study in order to help students explore and develop their own musical style and interpretation.